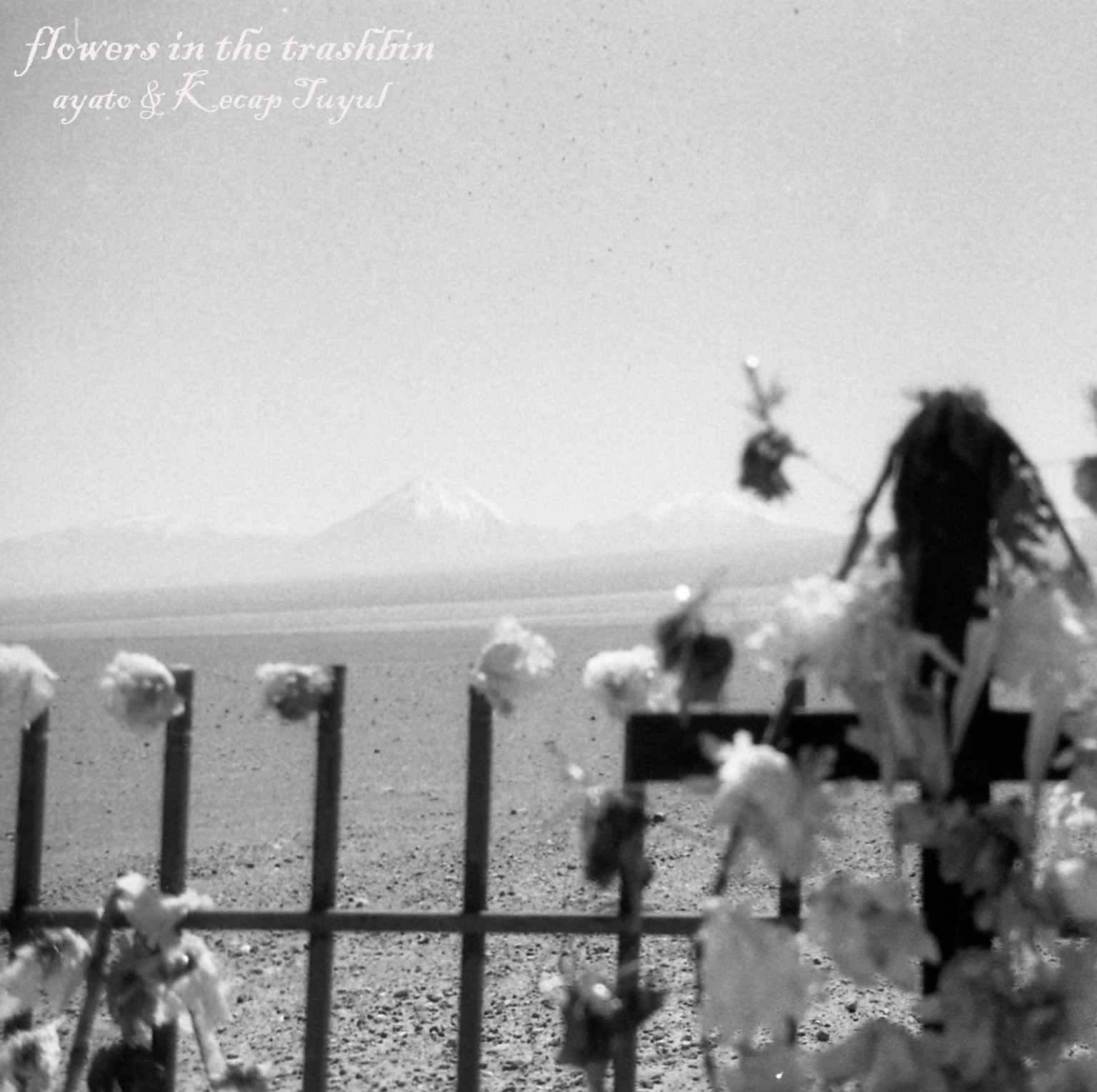 Ayato & Kecap Tuyul met in 2008 and then started to collaborate regularily, mostly by file exchange. Flowers in the Trashbin was their first common work of this kind, a psychedelic sonic trip haunted by whispers and noises from weirdly tuned/prepared guitars, lo-fi electronics, & ghostly voices.  Sometimes melodic, sometimes more abstract, often both in the same time and always imaginative, these tracks were recorded and mixed between 2008 and 2009. The resulting album was released in march 2010 by HAK lo-fi record as a limited edition CD-R with a special rectangular cardboard cover that has been out of print since a long time. 8 years after both musicians still like a lot this album and would like it to share it with a broader audience.
Almost 10 years after their first meeting, the two busy guys keep working together besides their several other projects. It took them some time, but their new album, "The Shaman won't come back" has been completed this summer and will finally be published in the near future.